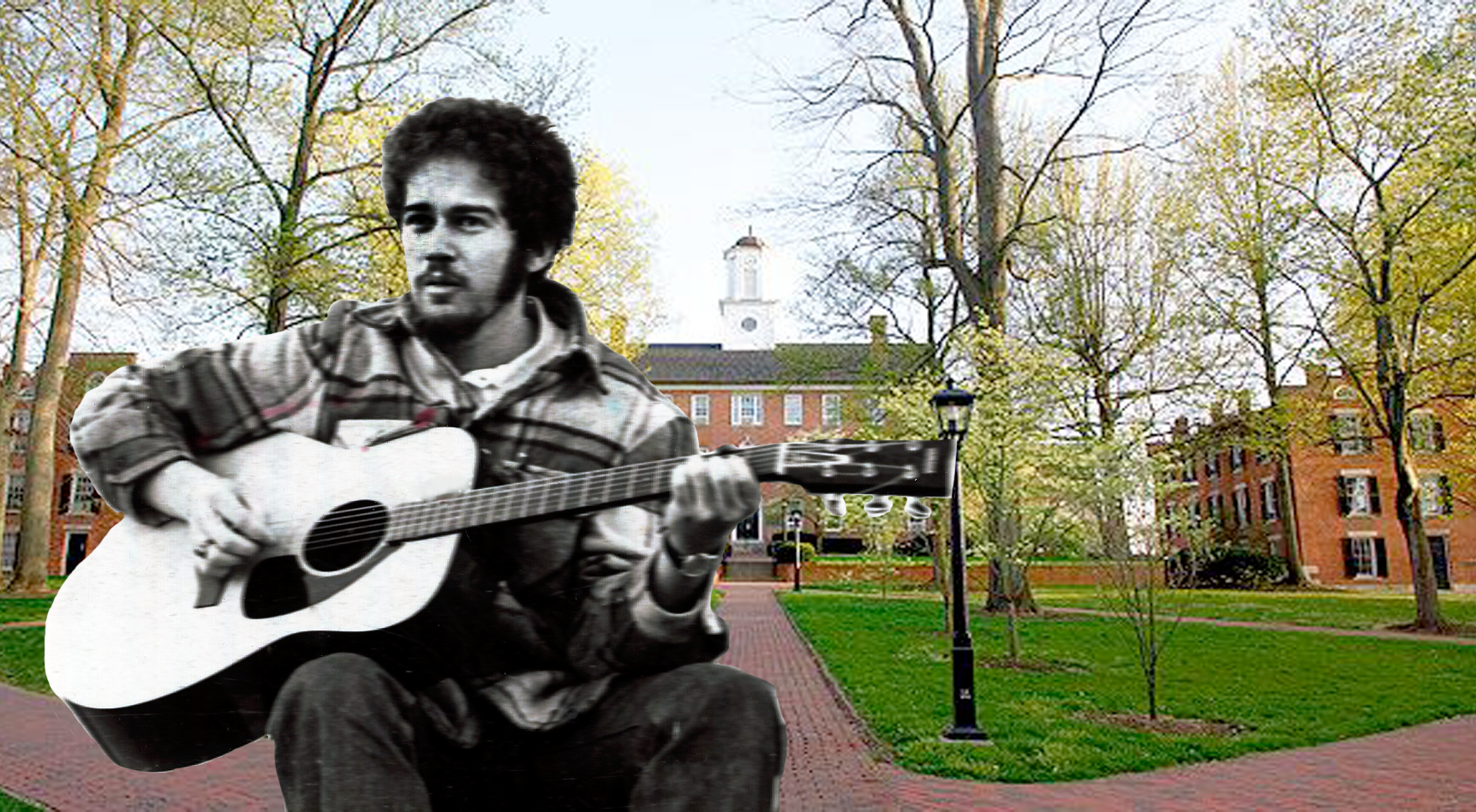 Ohio University, in the foothills of the Appalachia’s, would become my little heaven on Earth, the place where I could be re-born. It was the answer to my dream of escaping from the sterility of Pepper Pike and remaking myself into the person I knew I was.

It was where the caged bird would have a chance to fly.

That first year was transformative. Ohio University was known as a party school and I was going to take full advantage of its offerings. I declared myself a zoology major to satisfy my Mother’s desire of ensuring I’d become a Doctor. I already knew I didn’t have the chops or interest for that.

I just wanted to play and play I did. My first night in Athens I went up town with a guy who was a friend’s roommate. We didn’t know what we were doing but somehow found our way in front the Blue Eagle Mustic Store on Court Street. We could see the guitars hanging on the walls through the glass windows. We banged on the door as if someone could hear us and open the store on a Saturday. And what do you know? Someone did! It was those fine hippies living upstairs who opened the place that let us in. My new friend and I pulled two guitars down and starting playing together for our first tine. Not longer after the store began to fill with kids who listened to us play. I was thinking, “Man, this is unreal. If college is going to be like this, woah Mama, I was going to have me some fun.”

And fun it was that first year. I made it my business to know just about every girl in Ryors Hall on the West Green. When I’d go to dinner it was usually me and the ladies. Some of the guys were starting to notice that I knew all the babes. Mind you, I didn’t have anyone girlfriend but I ha a plenty of friends who were girls. They were comfortable talking to me about their boyfriends back home or at the ones they were just hooking up with at school. Most of them wanted me to tickle their backs each night but nothing more.

Fast forward a bit to the Spring of 1971. The boys on the second floor of Sergent Hall, my dorm, because desirous of throwing a huge party but they had a little problem.

How were they going to invite the ladies and who would have that honor?

During that first year I had become very friendly with a guy who just might have been most popular in my high school class. Mike was but one of a dozen kids who transferred to my high school in ninth. He came with a bunch of kids from a Catholic school. I learned of this migration 50 years later. Funny how stuff like that happens. You live you life and then if you live it long enough you spend a lot of learning what happened while you were livin git.

What Are You Thinking? Cancel reply